END_OF_DOCUMENT_TOKEN_TO_BE_REPLACED

Escapology offers the most thrilling escape rooms in the area!

Escape rooms are a dramatic attraction at Airway Fun Center that allow you to experience being locked up, live, with only a harrowing handful of minutes to escape. Taking the country by storm, these ingenious escape games are designed to challenge players to solve a series of puzzles in order to escape within a specified time limit. Great as a corporate team building exercise, room escape games build trust, reward cooperation and – most of all – offer families, coworkers, and friends a number of new, exciting things to do in Kalamazoo.

Offering seven unique challenges, Airway Fun Center is the area’s premier destination for room escape games. From the hidden mysteries in Mansion Murder to the historical events presented in the Arizona Shootout, we’re confident that our escape rooms will provide our guests with an extraordinary, one-of-a-kind experience! If you have questions, you can reach the Escapology reception desk by calling (269) 488-3175. 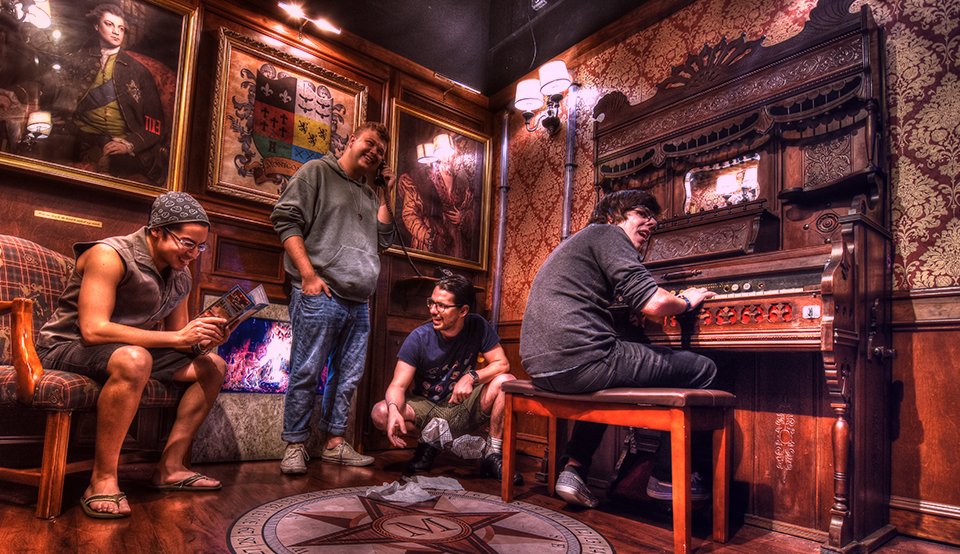 Additional hours available for groups of 12 or more. 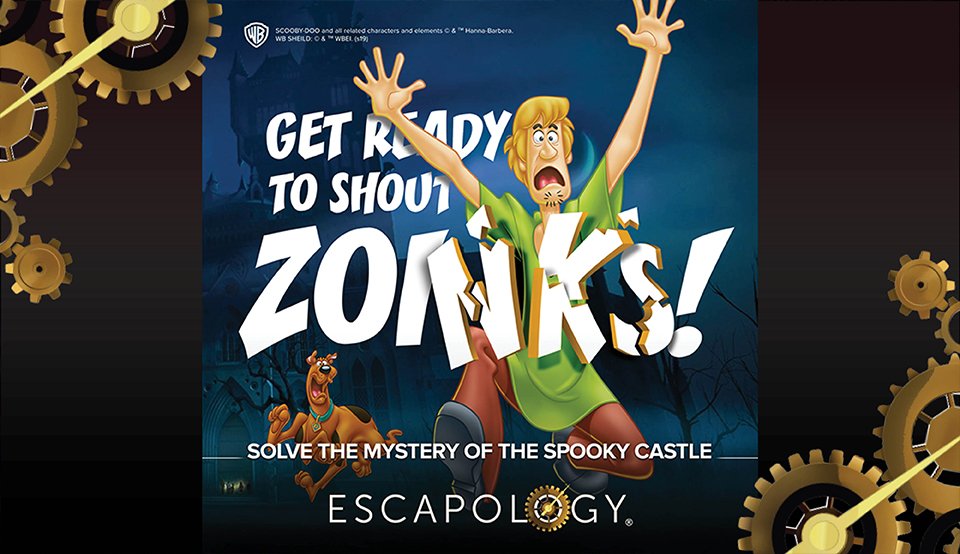 The town of Crystal Cove and the surrounding areas are being terrorized by monsters and ghosts. The local Baroness Maria Richman has gone missing and it is suspected that the ghost sightings have something to do with it!

Discovering a secret Dungeon and Monster Lab in the Castle, you realize this is where the evil is being created and set about solving the crime. You come to the conclusion that the person responsible almost certainly works in the Castle – but who could it be as there are several suspects? 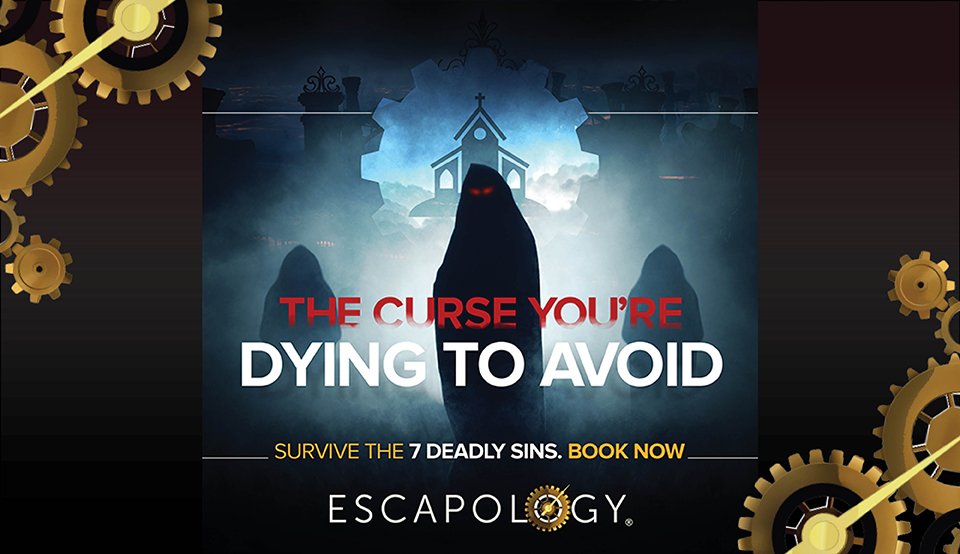 (This room has frightening elements that may not be suitable for children.)

In the late 19th century, during an ill-fated Halloween service, the deranged minister of Crickley Church killed his entire congregation after their confessions convinced him that they had committed the 7 Deadly Sins. To punish them, the evil minister passed around poisoned bread and wine.

Trawling ancestry websites to gather evidence leads to a terrifying conclusion. Every year on Halloween someone related to a member of the congregation dies an unnatural death. As you study the pattern of these accidents, you discover that you are next… and time is running out.

You find that the only way to lift the curse is to find the body of the evil minister and drive a sacred dagger through his heart. You and your friends enter the churchyard and the iron gates slam shut behind you, locking you inside. Can you complete your mission and escape the church before the clock strikes midnight? 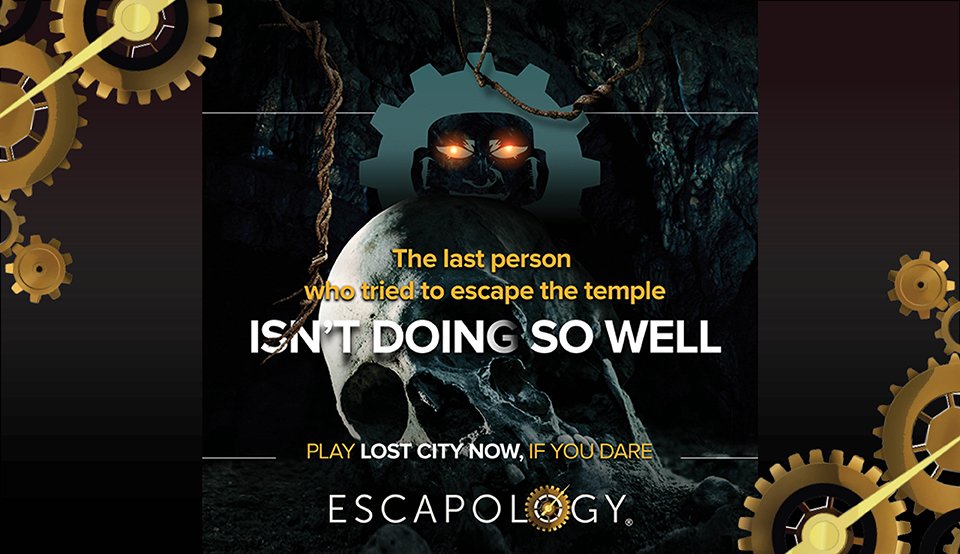 Archibald Tucker was one of the greatest explorers of the 1930s, his tales of adventure were known the world over and his prized journal documented every adventure. While exploring an abandoned temple in The Lost City, he uncovered a treasure so rare, no man alive had seen it! A sudden gust of wind slammed the temple door shut, sealing Tucker and his journal inside! Neither were seen again.

Your team decides it’s time to finish Tucker’s quest. Research points you to the exact whereabouts of the lost journal, which holds the secrets to finding the treasure. You approach the temple confidently, but spirits awaken and deem you unworthy of their riches. As a test, they grant you 60 minutes to prove your worth.

You must work logically, interact with everything you find and solve puzzles to uncover the treasure! If you fail, the door will be sealed once more and you will surely perish! 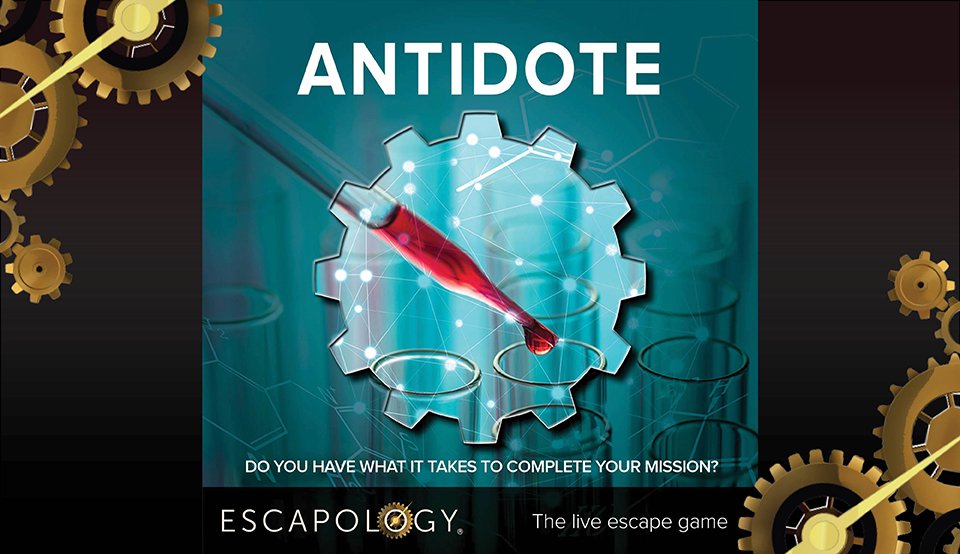 As a high-ranking chemical weapons specialist, your worst nightmare has become a reality: a fellow team member has gone rogue and provided foreign powers with deadly information about a potent – and wildly dangerous – virus. Should this virus be unleashed upon the public, the damage would be unspeakable. Worse yet, your team has been infected and total decontamination – read: elimination – of all biological organisms will begin in sixty minutes!

Armed with your wits and the tools available on hand, your team must unravel the mysteries of this deadly virus. You must discover its vulnerabilities and work toward an antidote that will help to avoid a global catastrophe. You must rely on your team, training and observational skills to unlock a series of secrets that will allow you to formulate the antidote, escape the facility, and save mankind!

An entry-level room, Antidote is a great option for first timers and people who aren’t overly familiar with escape rooms.

Tombstone, Arizona, October 26, 1881. You, Wyatt Earp, and three other marshals are sitting inside the O.K. Corral Saloon discussing a series of crimes that are blamed on the local cowboy outlaws. Looking out the window of the saloon, you see five outlaws riding into town on their horses, including the notorious Billy Clanton and Frank McLaury.

When Billy and Frank draw their pistols, you know there’s going to be a fight. After the dust settles, three bodies lay in front of you. You notice two of your people are injured but the rest are unharmed. The marshals have won the fight! However, there’s bad news: the other two outlaws are nowhere to be found.

You must quickly identify who has been shot and who is on the run. You will have 60 minutes to complete this task or the two outlaws will surely escape to Mexico! Do you have what it takes to complete your mission? 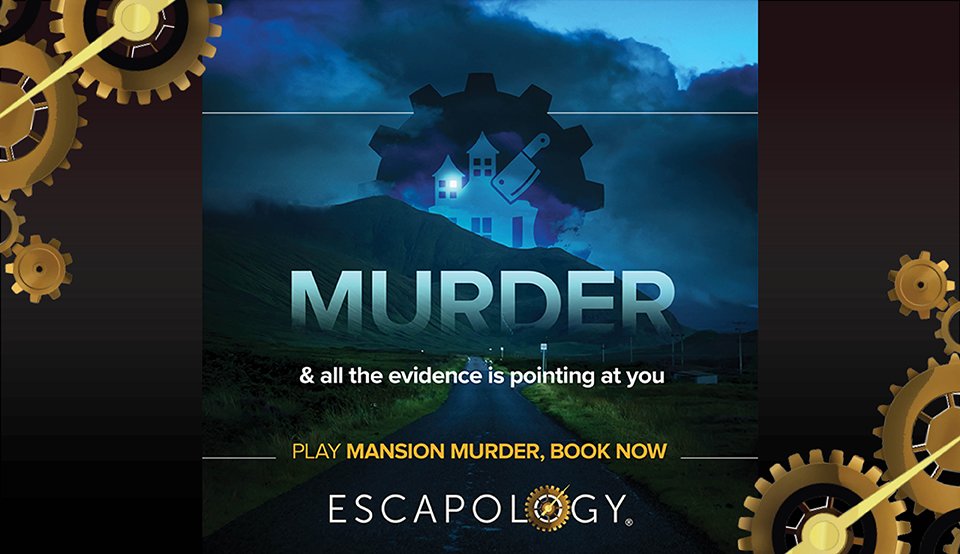 As the guests raise a toast, a scream fills the air… your grandfather is found dead in the library and it looks like murder! Suddenly, you’re bundled into the drawing room and the door is locked. Confused, you bang on the door and call for help until it dawns on you… that as the direct heir, all fingers are pointed at you! Can you gather enough evidence and piece the story together to prove your innocence?

Mansion Murder is a difficult room designed for guests over the age of sixteen. It is an excellent option for seasoned escape room aficionados and those looking for a bit of an extra challenge. 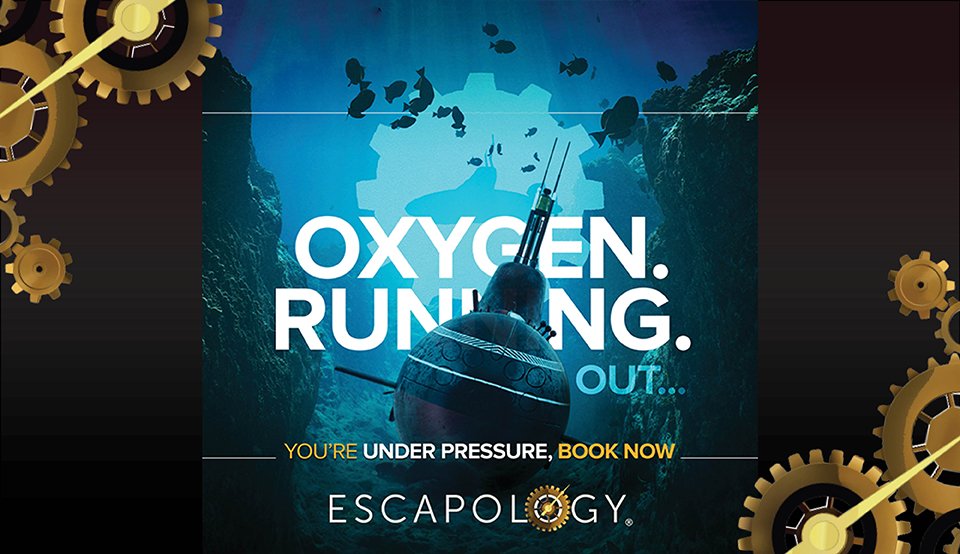 The year is 1944, and it’s the height of World War II. The US Navy is fighting to establish a position of dominance. Tensions are high and the crew is on alert. You are onboard the Steel Shark, the US Navy’s prized submarine, deep in the North Atlantic Ocean on an important mission.

The mission is going smoothly until, without warning, the submarine plunges into the sea. The engines have died and, without power, only 60 minutes of reserve oxygen remains! You and the crew must act quickly! If you succeed, you’ll not only survive but will surely become national heroes. Clues seem to indicate this wasn’t an accident, but sabotage by German secret agents. They have stolen and hidden six oxygen silos around the ship.

You’ll need to scour the mess hall, rummage through the control room, and find the silos to repair the Steel Shark. Can you restore power and get back to the surface before the crew perishes? 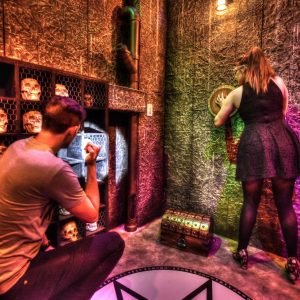 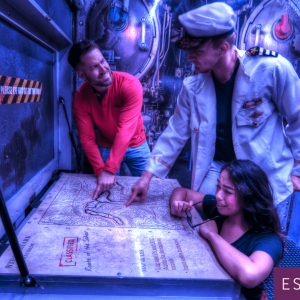 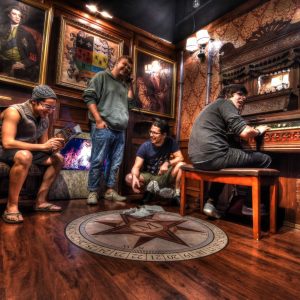 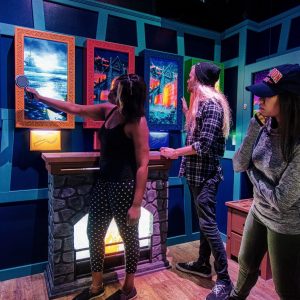 What Our Guests are saying

Awesome place to have a birthday! Staff was phenomenal, food wonderful and we felt it was an excellent deal.

Jessica and Nick were outstanding. Employees enjoyed themselves and the food was exceptionally well prepared and offered. We’ll be coming back again

Our event was a huge success! Thank you for making it a seamless process!

What a GREAT place!!! We took our 3 year old grandson to Airway for his birthday. 8 people total and our ages range from 3 to 80. There is something for everyone to have fun. All the staff was friendly and very helpful. Great food and drinks. We will be back!!! Thanks Airway!

VERY impressed with the customer service. Such a fun and clean place to bring my son. My 12 year old even told me he loved how friendly everyone here has been. We will definitely be coming back.

The entire experience was fantastic. Kayla was super flexible and responsive to our requests and our server was very kind and attentive. We will be back!

At Airway Fun Center, we’re committed to being Kalamazoo’s premier destination for food, fun, and entertainment. We offer both individual pricing and a range of affordable packages to ensure that everyone can enjoy what we have to offer.